Mathile, former CEO and owner of the Iams Company, is the founder and Chairman of the Board of Aileron. Clay and his wife, Mary, created the Mathile Family Foundation, the Glen at St. Joseph, and Aileron to serve the community and to make a meaningful difference in the world. Mathile was a driving force behind the establishment of the Miami Valley Economic Development Coalition, now the DDC, in 1994 and served as an original co-chair of the board of trustees.

“For decades, Clay and his family have strived to make our region a better place,” said Jeff Hoagland, DDC President and CEO. “His work with small businesses at Aileron supports local companies as they grow, leveraging Clay’s business acumen and experience. Their steadfast commitment to helping children, raising people out of poverty, and promoting access to education has transformed our community and helped thousands of people build a better life.”

The annual award is named for Maureen Patterson, who dedicated her career to the region’s economic growth. The award honors an extraordinary leader in our community who, like Patterson, advocates for the community’s economic health and growth.

“I am so very grateful and appreciative for being recognized this year as the Maureen Patterson Regional Leader award honoree” Mathile said. “I have had a strong belief in and a commitment towards the potential of the Dayton region since I joined the Iams Company in 1970. And, it was because of that belief that we kept the Iams Company headquartered here, in Dayton. After the sale, we went to work on giving back to the region through our Family Foundation, The Glen and of course Aileron. Each of which have helped to support our dreams of giving back to this community.” 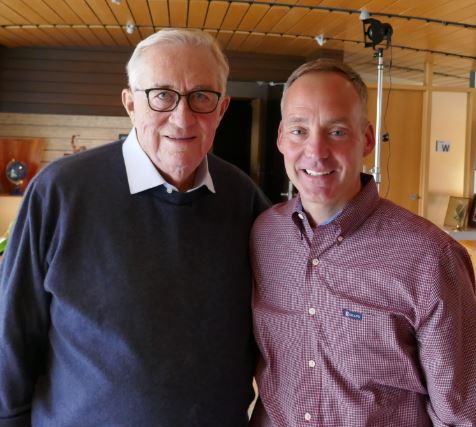