Dave Burrows is the Vice President of Engagement. Dave has 25 years of professional experience ranging from manufacturing to executive leadership in both the public and private sectors. Dave previously spent over four years with the DDC as Vice President of Economic Development Programs. Dave was instrumental in the development of JobsOhio at the DDC.

Previously, Dave lead the Business Services division at Goodwill Easter Seals Miami Valley as the Vice President. His team had more than 250 dedicated people located throughout the region. This team did janitorial service in over 3 million square feet daily including, space at Wright Patterson Air Force Base. The division also performs services like packaging, small assemblies, computer recycling, computer sales, and other electronic recycling. Over 75% of the employees are people with disabilities or other disadvantages.

Prior to Goodwill, Dave helped Fuyao Industry Group make the decision to build a new factory in Moraine, Ohio, at the former General Motors Assembly Plant. Later he became Vice President for Fuyao. During Dave’s tenure at Fuyao, they hired over 2000 people, expanded a 1.4 million square foot building to 2 million, installed all of the assembly lines, and started full production of products.

Dave also has had a personal passion for small business in the Miami Valley area as he is a former owner of multiple Cold Stone Creamery franchises. Dave also worked in a family manufacturing business that had four facilities located in two states. He did everything from running CNC equipment and programming to operations and sales.

Dave holds a BA degree in Management from Wilmington College. Over the years, he continued his education through extensive business ownership and management training.

Currently, Dave serves on several local boards and is an active leader and volunteer in the local community. He is an inaugural inductee of his high school’s sports hall of fame.

Dave and his wife Jackie have two children and reside in Vandalia, Ohio. 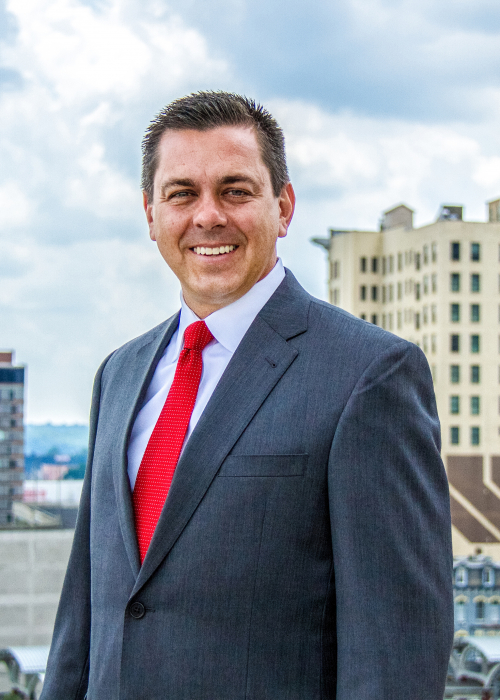